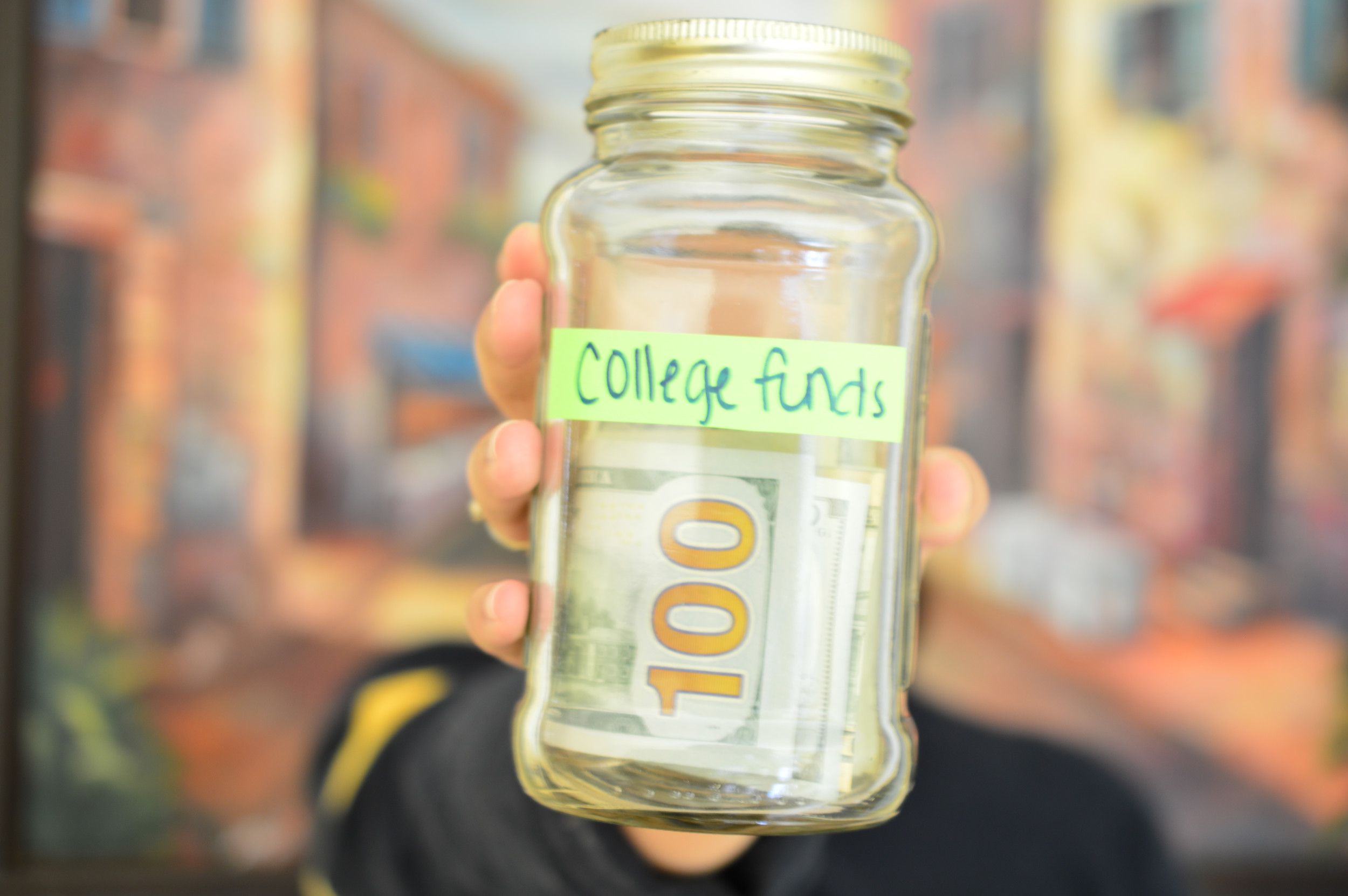 If you feel like college costs a lot more than it used to, you're absolutely correct. The average in-state tuition at public, four-year schools has more than tripled since 1988 — even when adjusted for inflation — from the equivalent of $3,190 a year in 1988 to $9,970 in the 2017-18 school year.

Unfortunately, our ability to pay for college hasn't kept pace with tuition and room and board fees. Because of this, students have had to borrow more and more money for school until, at this point, more than 45 million Americans carry student loan debt, with a median balance of $17,000. That figure includes working adults who've been paying down their loans for years; more than half of current students must take out loans, and the average debt per borrower in the class of 2016 was $27,975.

If you're approaching college or have a child who is, these statistics are likely downright scary. While college isn't for everyone, it's still a necessity for students angling for certain careers (e.g., teacher, lawyer, nurse, etc.). Plus, college can serve as an important stepping stone for young people who need to continue learning before they're ready for full-fledged adulthood.

Either way, it's important to know that you don't have to follow the status quo or go on a borrowing spree to fulfill your college dreams. There are plenty of ways to spend less and borrow less while still working toward a good education and a profitable career. Here are some options.

While a four-year degree used to be considered the minimum education requirement for a profitable career, this is no longer the case. Sure, there are plenty of four-year degree programs that can pay off handsomely, but there are just as many that cost a fortune but lead to nowhere.

For example, you typically need a four-year degree (and potentially more schooling) to become an elementary school teacher. But, what do you do with a bachelor's degree in theater arts?

I know the answer to this one because my husband earned a bachelor's degree in theater before heading back to school to become a mortician. You don't need a degree in theater to be an actor, and this degree won't really help you get anywhere else unless an employer is seeking a general four-year degree as a prerequisite for any entry-level work.

Meanwhile, there are a ton of two-year degrees that can pay off handsomely in terms of lower college costs and high wages. Average tuition for a two-year school was just $3,570 for the 2017-18 school year, according to College Board, but a two-year degree is the only education required for plenty of profitable, in-demand jobs.

Diagnostic medical sonographers, for example, earned an annual mean wage of $71,750 in 2016, according to the Bureau of Labor Statistics. Radiation therapists earned $84,980, and dental hygienists earned $73,440. These are all two-year degree careers that can lead to a lifetime of prosperity. Of course, there are dozens of other two-year options, as well as technical careers that require some college or an apprenticeship.

#2: Spend two years at community college before transferring to a four-year school.

If you're hellbent on earning your degree from a four-year school, you can absolutely do so – and still save money along the way. One smart strategy to pursue is starting out at a community college and then transferring your credits to a four-year school.

As long as you make sure the credits you earn will qualify to transfer to the four-year school of your choice – and that you do well enough to get accepted – your eventual degree will actually come from the four-year school you transfer to. The fact that you attended community college first won't make a lick of difference to anyone but you – and your bank account.

Another slightly extreme way to borrow less for school is to attend college in another country.

For starters, look to our northern neighbor. While Canada's universities are especially cheap for its own residents, even international tuition rates can be a bargain compared to private American colleges. Tuition and fees for a bachelor of arts program at McGill University in Montreal, for example, total $19,065. And that's in Canadian dollars — at current exchange rates, a year of tuition at this elite university would cost $14,737. (Tuition varies by degree program, however; for example, nursing and education degrees are similarly priced, while engineering and business programs cost about twice as much.)

Meanwhile, some nations offer free or very low-cost college tuition to not only their residents but to international students as well. You may have to choose special government-funded schools, however, and you'll have to actually apply and be accepted. Countries like Germany, France, Finland, Sweden, Ireland, and the U.K. have some of the best offerings and policies for international students.

Keep in mind, however, that you'll incur additional travel costs if you go this route. Transatlantic flights can be costly, and you'll still need to pay for a place to live and all your other personal expenses. You'll also want to learn the process of applying for a student visa through the U.S. State Department before you consider this money-saving strategy.

It's not a decision to be taken lightly, but various branches of the U.S. military offer tuition assistance to incentivize young people to join their ranks. This includes the U.S. Army, Marines, Navy, Coast Guard, National Guard, and the Reserves.

Tuition assistance varies based on the branch of the military you choose and your status (active duty or reserves). For example, joining the U.S. Navy could help you get 100% of your tuition and fees covered (not to exceed $250 per semester credit hour, $166 per quarter credit hour, and 16 semester hours per fiscal year). Lab fees, enrollment fees, special fees, and computer fees may also be covered.

Of course, free tuition comes with a major trade-off: You'll have to commit to U.S. military service to score these benefits. Learn more about military tuition assistance on Military.com.

If you have your heart set on a specific degree program from a two-year or four-year school, the absolute minimum you should do to save money is shop around. Even if schools seem comparable in terms of the quality of their programs, degrees offered, and their amenities, their tuition prices may not be comparable at all.

The same is true with community college. While public two-year schools reported average tuition of $3,570 for the 2017-18 school year, for-profit two-year schools can cost significantly more.

#6: Sign up for a school-sponsored work study or get a part-time job.

Many colleges and universities, as well as the federal government, offer work-study programs that can make college more affordable. With federal work-study programs, for example, part-time and full-time students can work on or off-campus for an hourly or salary wage.

Make sure to check out the work-study programs available at your institution, but also consider the prospect of getting a traditional part-time job. Whether you work in food service, customer service, tutoring, or construction year-round or even during school breaks, all the money you earn and use wisely can help you borrow less for school.

#7: Apply for scholarships and grants.

Applying for scholarships and grants is another smart way to borrow less for school. If you can illustrate you have a financial need, you'll be in especially good shape to qualify for aid and leave school with fewer student loans.

The federal government offers a huge resource on scholarships and grants, including Pell Grants, but you should also explore school-based and field-based aid initiatives as well.

Last but not least, don't forget that many careers will let you work while you learn – and they'll even pay you for it. Careers that fall into this category are typically technical and "hands on" in nature, and they usually require more time in the field and less time in the classroom.

Let's say you wanted to become a licensed electrician. These workers typically complete a four- or five-year paid apprenticeship. The BLS reports that each year in an apprenticeship usually requires 2,000 hours of paid on-the-job training, as well as some classroom work.

Upon graduation, electricians earned an annual mean wage of $52,720 nationally in 2016. That's not too bad for an in-demand career that lets you earn as you learn and potentially skip student loans altogether. And there are other careers that fall into this category, including carpenters, brickmasons, and elevator installers and repairers.

Before you commit to the first school that accepts you, make sure to think long and hard about what you really want from your education and your future. While a high-priced degree from a prestigious school may seem ideal, you may wind up with a better quality of life if you choose an option that's more modest and less expensive.

No matter what, remember that how much you borrow for school can make a big difference in how you live later on: Student loan debt is increasingly forcing millennials to delay milestones like marriage and homeownership. If you choose a costly education without considering whether you can actually afford it, you may live to regret it.

This article was written by Holly Johnson from The Simple Dollar and was legally licensed through the NewsCred publisher network. Please direct all licensing questions to legal@newscred.com.

Related Topics
January 28, 2021
4 signs you can't afford your home, even if you were approved for a mortgage
by Liz Knueven
September 17, 2020
When your parents need financial help
by Next Avenue
September 03, 2020
Worried about losing your job? Take these steps now