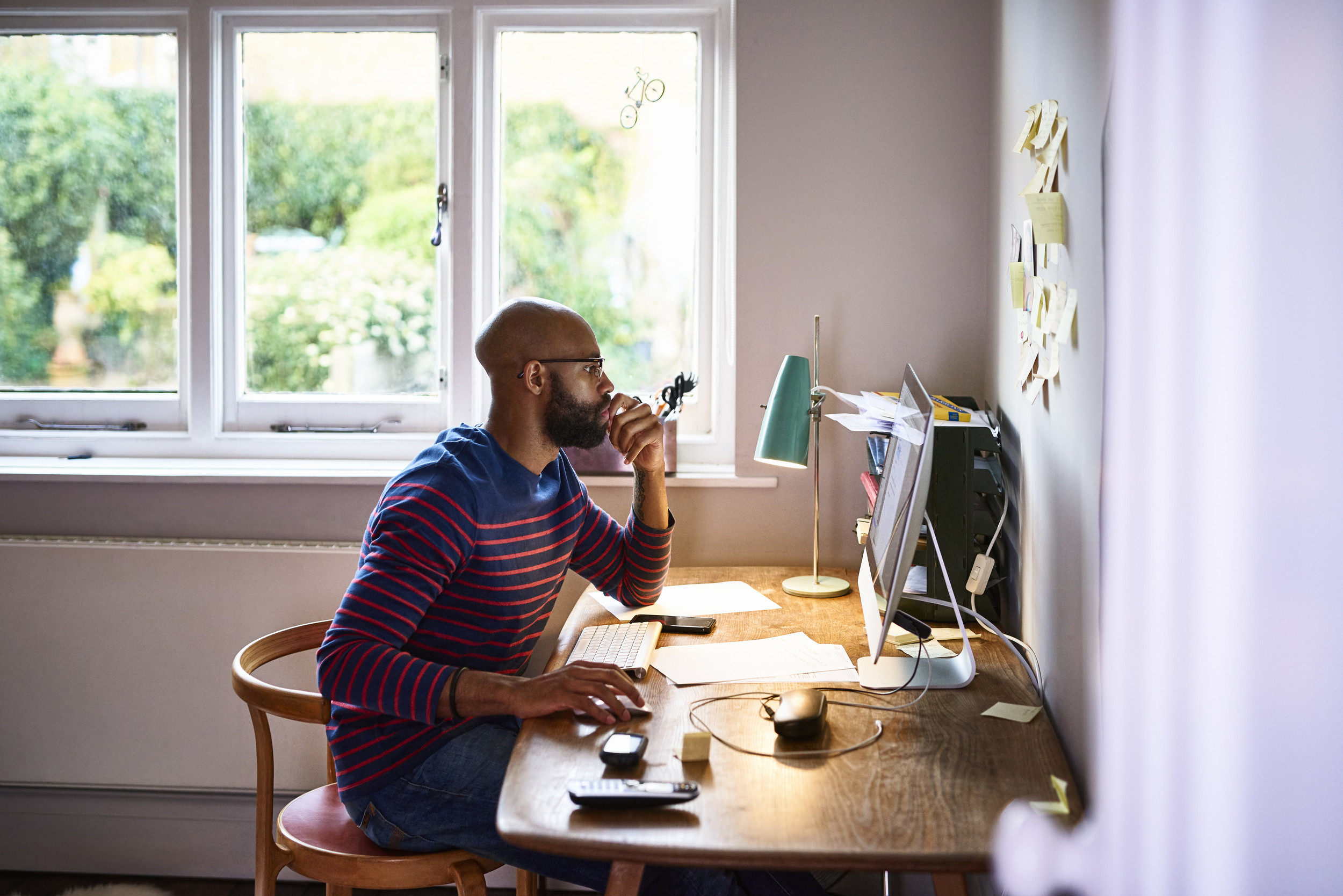 Over the past few years, many people in the U.S. have had to deal with damage to their homes from natural disasters, such as Hurricane Harvey. This article explains the different kinds of financial protection from natural catastrophes that homeowners can access from the private and public sectors.

In 2017, Hurricane Harvey dumped over four feet of rain, flooding an area in southeastern Texas equal in size to New Jersey. One-third of Houston was underwater and over 200,000 homes were damaged. While most homeowners had insurance on their residences, typical policies did not cover damage from flooding. Homeowners in flood-prone areas have access to flood insurance provided by the government, but only 17% of those most affected by Harvey had this form of insurance. The rest had to rely on their savings, government assistance programs, and other sources to rebuild. Of the estimated $25 to $37 billion in flood damage to Texas homes resulting from Harvey, about three-quarters was uninsured.

In this Chicago Fed Letter, we describe the types of financial protection from natural disasters, like Hurricane Harvey, that are available to homeowners from private sector providers, the federal government, and some state governments.

The first line of defense from financial damages caused by a natural disaster is homeowners insurance sold by commercial insurers. Most homes are covered by homeowners insurance, and this type of insurance provides good protection from some-but not all-types of damage. Homeowners insurance covers the kinds of losses that are caused by fairly localized events-typically events that do not affect a large proportion of the population in a given area at the same time. Damage to a house from a falling tree that does not affect the other houses in the neighborhood is one such example.

However, large-scale natural disasters, such as floods or earthquakes, that cause widespread damage to many homes at the same time are not typically covered by homeowners policies. The insurance treatment of such disasters has changed over time. For example, many insurance companies stopped including protection against flood damage after the 1927 Mississippi River flood led to large losses. Similarly, many insurance companies stopped writing earthquake insurance in California after the 1994 Northridge earthquake. From the insurance companies' standpoint, it makes sense to charge customers additional premiums for such coverage-it is difficult to predict losses from such events, and insurers may have to pay out large sums in a fairly short period, requiring them to hold extra capital.

According to recent reports, private insurance policies with specific protections from natural disasters are mainly purchased to protect high-value homes and tend to be expensive, likely limiting their appeal. Thus, even in flood- and earthquake-prone areas of the country, take-up rates are low.

The government has assumed an active role in providing financial protection against natural-disaster-related risks left out of privately provided insurance policies. After private insurers largely stopped offering protection against damage due to massive floods in the 1920s, the government found itself providing relief for flood victims on an ad hoc basis-paid for out of the general budget. The government also sometimes stepped in after other kinds of disasters, such as earthquakes. But it was not always clear whether there would be government aid or which level of government (local, state, or federal) would provide this aid. Moreover, the response could be piecemeal and uncoordinated. After Hurricane Betsy hit several southern states in 1965, President Lyndon Johnson called on different parts of the government to provide aid to stricken areas. But this aid was expensive. In response to these high costs, the National Flood Insurance Act of 1968 was passed. This act led to the creation of the National Flood Insurance Program (NFIP), which mandated the purchase of flood insurance for homeowners with a federally backed mortgage residing in flood-prone areas. Making flood insurance mandatory passed some of the burden for disaster recovery from the government (ultimately, all taxpayers) to exposed homeowners.

Heading into the late 1970s, the governmental response to natural disasters (often involving multiple federal agencies and state and local governments) was still fragmented. While not a natural disaster, the Three Mile Island nuclear plant meltdown in 1979 illustrated the difficulty of a quick and coordinated governmental response to a disaster. That same year President Jimmy Carter established the Federal Emergency Management Agency (FEMA) to coordinate the federal government's response, and the NFIP was placed under the aegis of FEMA. Over time, changes have been made to FEMA and to the laws governing federal disaster relief to address perceived weaknesses in FEMA's response to declared disasters.

Government-backed insurance programs, such as the NFIP, provide a second line of defense against losses from natural disasters. The NFIP protects policyholders from damages caused by flooding. The idea behind the NFIP was to shift some of the costs of flooding to developers and homeowners. This would reduce the cost to taxpayers and might get developers to pay more attention to flood risk when deciding where to build. Initially, risk under the NFIP was shared by private insurers, but eventually the government took on all the insurance risk.

The Flood Disaster Protection Act of 1973 required the NFIP to identify flood-prone communities and categorize them by probability and potential severity of flooding. Regions that are 100-year floodplains (those calculated to have a 1% chance of being inundated by a flood in a year) are called Special Flood Hazard Areas (SFHAs). Homeowners in these regions are required to purchase flood insurance if they have a mortgage from a federally regulated lending institution; have a mortgage guaranteed by Fannie Mae, Freddie Mac, or Ginnie Mae; or have received federal disaster assistance for their flood-damaged homes. In addition, people who live in communities that demonstrate to the NFIP that they are taking steps to minimize flood damage can become eligible to purchase federal flood insurance.

The NFIP offers most homeowners exposed to flood risk an avenue to get insurance, but the take-up rate is low. As noted earlier, it is estimated that only 17% of those most affected by Harvey had flood insurance. Similarly, it was found that among those most affected by Hurricane Sandy in 2012, less than 20% had flood insurance. Broader data on flood insurance usage are consistent with these findings. According to a RAND Corporation estimate, within the 100-year floodplains, the market penetration rate of residential flood insurance among single-family homes is about 50%, but outside of those areas, it is about 1%; overall, about 3% of single-family homes have federal flood insurance. Flood insurance policies are concentrated in the states bordering the Gulf of Mexico. According to our analysis of FEMA data, Florida, Louisiana, and Texas combined for over half of flood insurance premiums, and Florida and Louisiana have by far the highest premiums paid per capital.

Earthquakes, while less frequent than hurricanes, can cause larger losses. Of the 40 costliest insurance losses since 1970, the earthquake category (made up of seven earthquakes) had a higher average economic loss than any other kind of natural disaster category. One of these earthquakes was the Northridge earthquake of January 1994.

When the President issues a presidential disaster declaration, FEMA can step in to provide direct assistance to homeowners and others through the Disaster Relief Fund. In addition, the Small Business Administration (SBA) can offer (subsidized) disaster loans to households (and businesses).

FEMA distributes funding to the areas where a disaster has been declared through three primary channels: public assistance (general cleanup and repair), individual assistance (emergency housing and care), and hazard mitigation. The exact form of the federal disaster relief depends on the specific scenario. FEMA can offer an individual household as much as $34,000 in an emergency grant, but generally direct grants to households are substantially smaller.

For fiscal year 2017, Congress appropriated $7.3 billion for FEMA's base disaster relief budget. Base funding has increased in recent years. Congress generally appropriated $1 to $2 billion in base funding in the 2000s, while it set aside $100 to $300 million in base funding in the 1990s. If a situation requires funding that would outstrip FEMA's base disaster relief budget, which generally happens at least once per year, Congress may direct supplemental appropriations to disaster relief. According to a report from the Congressional Research Service, Congress did so 14 times between 2004 and 2013, for a total of $89.6 billion in additional funding.

Homeowners can also get relief through SBA loans once there has been an official presidential disaster declaration. The total size of SBA disaster loans is large relative to FEMA aid. For example, after Hurricane Sandy, the SBA provided $2.5 billion in loans, compared with $250 million in NFIP payments from FEMA. Yet funds from the SBA need to be repaid eventually, unlike those from FEMA.

Natural disasters can have deep and lasting effects. For example, one year after Hurricane Harvey, 30% of Texans affected by the storm stated that their lives were still not back to normal. Much of the damage to homes caused by Harvey was not covered by private homeowners insurance. The government has historically stepped in by providing insurance and direct relief to communities hard hit by natural disasters. Insurance and assistance provided by the government fills in some of the gap left by private insurance. One federal program, the National Flood Insurance Program, offers insurance against flood damage for homes in flood-prone areas. One issue (as seen in Texas following Harvey) is that not all eligible homeowners purchased insurance under the NFIP. States can also act to protect their citizens with programs like the California Earthquake Authority, but low insurance take-up rates under such programs can be an issue as well.

In addition to insurance programs, the government can provide other aid to communities when an official disaster declaration has been made by the President. FEMA offers small grants to tide households over. And the SBA can offer loans to help them rebuild their homes.

In this article, we have sought to clarify the roles of private insurance and government programs in protecting households and communities against the devastating losses that can arise from natural catastrophes.

The vast majority of homeowners do not have coverage for damage caused by floods or earthquakes in their homeowners insurance policies.

This article was written by Andrew Granato, Richard Rosen and Alejandro Drexler from Chicago Fed Letter and was legally licensed through the NewsCred publisher network. Please direct all licensing questions to legal@newscred.com.

Related Topics
February 11, 2021
As prices soar, 6 tricks for finding a house you can actually afford
by Aly J. Yale
February 11, 2021
Planning to sell your home in retirement? Downsize costs along with space
January 28, 2021
4 signs you can't afford your home, even if you were approved for a mortgage
by Liz Knueven