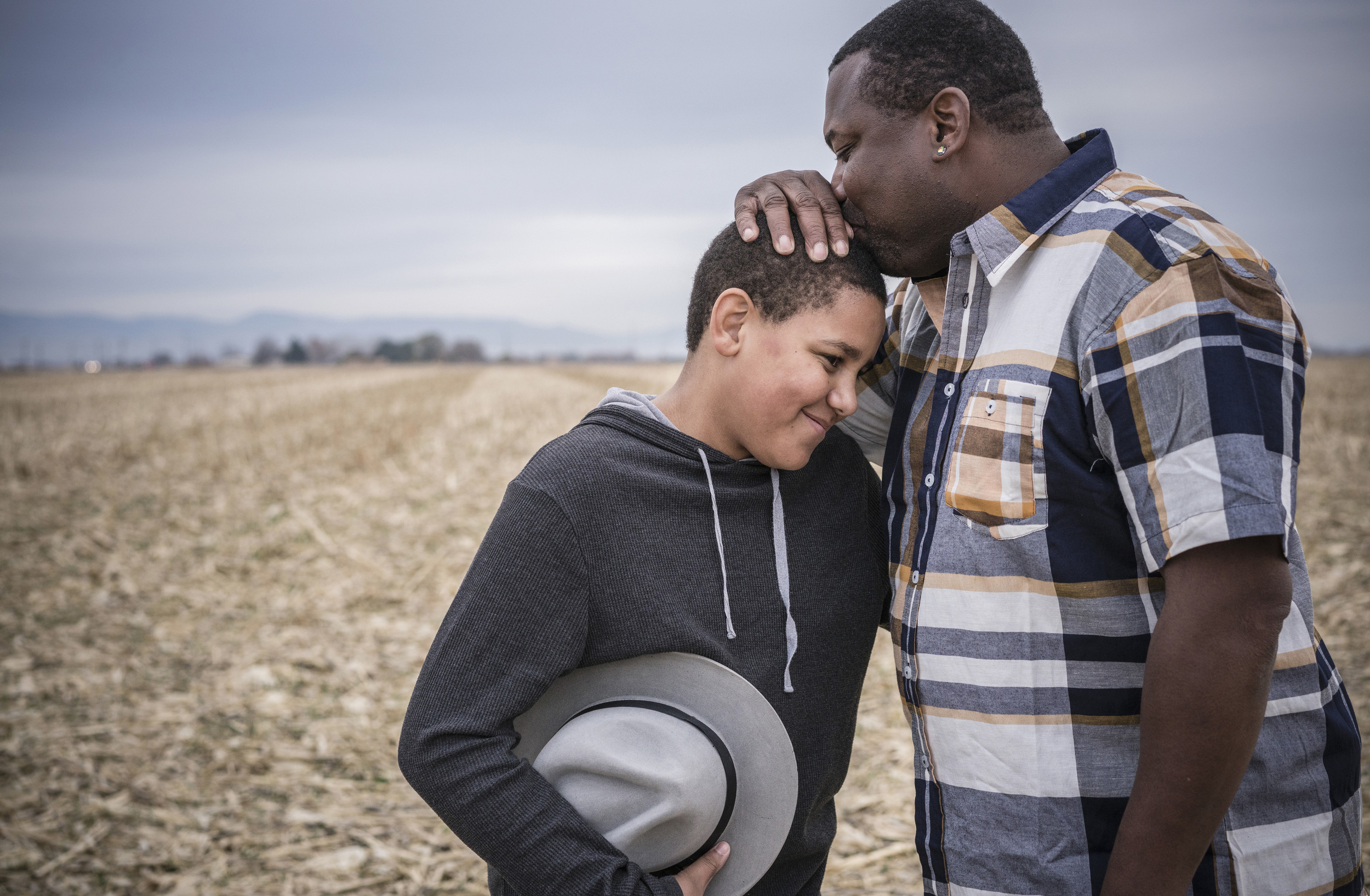 4 reasons parents don't discuss money (and why they should)

4 reasons parents don't discuss money (and why they should)

Why do a significant number of parents still not talk to their children about wealth and inheritance?

Two-thirds of Americans who have at least $3 million in investable assets have not talked to their children about their wealth or never will, according to a Merrill Private Wealth Management study of 650 families.

Some in the survey said they did not bother because they assumed their children had already figured it out. But 67% had quietly made gifts in a trust or set aside money in their children’s name to pay for school, buy a home or just supplement their income. Ten percent steadfastly refused to talk at all with their children about money, saying it was no one’s business.

Yet in 2019 — after the Great Recession, a 10-year bull market in stocks and a movement against income inequality — a surprising number of parents are still reticent about wealth.

In a world of oversharing on social media, why does this restraint persist? It’s complicated. Here are four reasons parents avoid “the talk,” and what they can do about it.

1. You think your children are not watching you

The most common reason cited for not talking about money is that parents do not want inheritance to rob children of motivation. So if a parent does not say anything, a child will never figure out the family’s wealth. Impossible.

Children are well able to use computers and mobile devices to determine just how much their house, car and vacation cost, along with their school fees and the salaries of any household help. Information about prominent parents and families is flowing to their children’s friends as well.

“A second-grade kid, because they go to all of these house parties, will be able to rank the wealth of all the people in his or her class pretty accurately,” said Dennis Jaffe, a psychologist who works with wealthy families. “It’s not positive or negative, and they’re not jealous yet. But these are teaching moments about values.”

This challenges the notion that waiting until children are older is better. By then, they will have formed their own views on wealth by watching their parents.

“Values are set by everyday behaviors when you’re growing up, and kids are watching you,” Mr. Jaffe said. “Entitlement education begins in nursery school, not when they’re 25 and come to you and say, ‘I need some money.’”

The strategy of ignorance exposes a disconnect between a parent’s stated reason and real reason for saying nothing, said Matthew Wesley, a director at Merrill’s Center for Family Wealth and a co-author of the study with Ms. Allred.

“The stated reason is, ‘We don’t want money to screw up our kids, and if we disclose our wealth to them, we’ll derail their career paths,’” Mr. Wesley said. “The deeper reason is about fear and control — the fear to relinquish that control and the deeper psychological issues around money.”

Disengagement creates more problems, though, because it can create a perception that a family is more, or less, wealthy than it really is. Leaving children to guess can also create feelings of insecurity.

Some parents shy away from talking about wealth because they have decided to give away most of the money.

“That’s great, but if you’re not telling your kids, that’s weird,” Mr. Jaffe said. “If that’s what you believe in, why wouldn’t you tell your kids that ‘we’re a very wealthy family, but our values say we’re going to put most of it into philanthropy, and we’re all going to work and do something on our own’?”

2. You are anxious, and talking will make It worse

“What you fear is your kids will see it differently,” Mr. Jaffe said. “But the fact is when people say, ‘I don’t want my kids to know we’re wealthy,’ I say, ‘Look around your house.’”

That anxiety can be heightened by a feeling of not knowing what to talk about or when or with whom.

“When you talk about ‘these conversations,’ what does that mean?” asked Michael Liersch, global head of wealth planning and advice for J.P. Morgan Private Bank. “Is it money or the balance sheet or roles and expectations in the family or family values?”

Unlike some other anxiety-filled talks, conversations about family wealth aren’t cued by a stage of life.

“When they’re 15, you’re primed to teach them how to drive,” said Bradley T. Klontz, a financial psychologist and professor at Creighton University. “But there is no set time to say, ‘We’re going to sit the kids down and tell them about our estate plan and bring them in with the C.P.A. and attorney and tell them what’s going on.’”

The thought of a series of discussions can be overwhelming to parents who feel ill-prepared for the questions their children will have.

“Talking about something sensitive always requires conversations about related sensitive topics,” said John A. Davis, senior lecturer in the family enterprise programs at the Massachusetts Institute of Technology’s Sloan School of Management. “If you don’t feel you have answers to questions that might come up, or solutions to behaviors you don’t want to see, you will kick this can down the road.”

Advisers suggest starting when children are young but keeping the conversation age-appropriate. Talking in stages will produce less anxiety than trying to reveal everything all at once.

“Talking about money in a family doesn’t actually mean you have to talk about investment holdings and strategies,” Mr. Liersch said. “It could be talking about the purposes and goals and the meaning of wealth. That’s often more productive than the key details.”

3. You don’t know because no one ever had the talk with you

Sometimes, parents avoid the discussion because they do not know the answers or even how much money they have.

Melissa, who asked that her last name be withheld for privacy, was part of the Merrill study. She said she and her husband had started talking to their four children about their wealth eight years ago but could have started much earlier if she had known how much money they had.

They were living comfortably, but so was everyone else in their suburb outside New York. What she did not know was how the value of her husband’s part of a business had increased over the years or about the success he had in other ventures.

“It was so overwhelming that I nearly died,” she said. “At the same time, my older children were heading into the workforce, and I thought we weren’t giving them the right financial skills.”

Since then, she and her husband have held annual meetings with their children, whose ages now range from 18 to 31. Their goal has been not, as Melissa describes it, to suddenly shine a bright light in their children’s eyes but to gradually reveal information, like a dimmer switch slowly lighting a room.

They began by outlining their own feelings about money and where it could help and hurt.

“It’s such a valuable process to communicate and have respect for all members of your family,” Melissa said. “That’s really been a surprise to me; if you can give them skills, you’re guiding them and they’re learning.”

4. You do not come from generational wealth

Families that inherit wealth often continue to be wealthy because of the conversations they have. It’s what they have done for generations.

William T. LaFond, head of family wealth at Wilmington Trust, which was founded in 1903 to manage the du Pont family’s wealth, said many of the firms’ clients had preserved their wealth past the third generation because they talked early and often about it with their children.

These families, he said, follow a three-step process: Educate their children about finances and wealth, communicate the family’s values, and hire good advisers.

Those who do not succeed in passing money along successfully often have silence to blame.

“The generation that receives the money has no education and no skills and wakes up like a lottery winner,” Mr. LaFond said. “You don’t want your kids to be lottery winners.”

This article was written by Paul Sullivan from The New York Times and was legally licensed through the NewsCred publisher network. Please direct all licensing questions to legal@newscred.com.

Teaching kids about money is the first step to a healthy financial future. With a Junior Savers Account, your child learns that saving money can be fun. Plus, he or she will have access to family fun at the bank all year long!

Related Topics
September 17, 2020
How to teach your kids about money so they become financially responsible adults
by Maggie Seaver
September 03, 2020
How to explain to your kids that money is tight right now
by Caroline Bologna
August 13, 2020
How to make the end of summer better and safer for kids
by fenneld